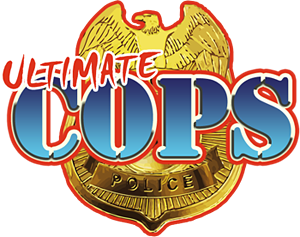 Europe in the near future... Several cities have merged into EURO-CITY - a vast metropolis of 30 million people. Corruption and gangsterism has turned Euro-City into a war zone. Enter the city's toughest cops: Mike "Mad Dog" McTavish and Singh "Big Bang" Kapoor. They must crush the gangs and bring down the crime bosses - no matter how high up they are!

Mike "Mad Dog" McTavish and Singh "Big Bang" Kapoor go on a well-deserved vacation to the Greek islands... But their holiday turns into a nightmare. A terrorist group captures several small islands. Tourists and natives become hostages.
Mike and Singh choose to go after the terrorists - on their own!

The near future...
Pope Maledict I has been arrested and put on trial.
A mysterious cult breaks Maledict out of prison and attacks the city.
Police officers Mike "Mad Dog" McTavish and Singh "Big Bang" Kapoor are old and tired. But they get one last assignment, the job no other cop wants... Mike and Singh must stop the terror wave and catch Maledict... at any cost.

Ultimate Cops is a compilation of six enhanced SEUCK games for the Commodore 64. You can play the games in a C64 emulator (we recommend VICE) or you can port the game onto real C64 hardware if you have the resources to do so. The download file features the .d64 (disk version), .tap (tape version) and .prg (c64 program files).

In order to download this game you must purchase it at or above the minimum price of $2.99 USD. You will get access to the following files:

Is this NTSC Compatible?

the author seems to be already in the making of rather promising new game.

PRECINCT 20: Dead Strange
this is based on same author's novel. (same title. you can find on Amazon)

im looking forward to it as well.

this sure is SEUK game.

for those who might not see the point of commercial release of such material ...

its presented as compilation of all past Cops series.
4 games in total for single purchase.
so it was not that bad shopping for me (play time wise), which is my after impression though.

BUT, i hope single crt image to be released in the future for fastest handling.

You might want to mention the word SEUCK somewhere in the description, if I'd seen that I would not have purchased this...by the way can I get a refund?

You are kidding, right?  These games are much more than just SEUCK games, a LOT of hard work and effort went into making them into commercial quality releases. LOOK at those loading screens, LISTEN to those amazing soundtracks, SEE all the in-game enhancements - none of which are possible with SEUCK.

some people are insatiable 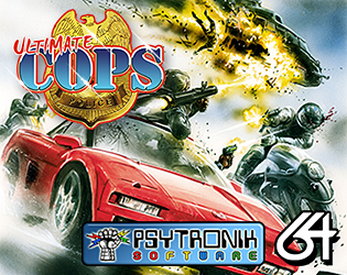