Psytronik Software in association with ICON 64 are very proud to present SOULLESS 2 - THE ARMOUR OF GODS. This is the long awaited sequel to the original smash hit C64 release SOULLESS. The game continues the story of King Rizek as he embarks on a quest to find the mighty ARMOUR OF GODS before it falls into the hands of the evil wizard Kalen.

Many years have passed since the evil wizard Kalen betrayed king Rizek. Kalen fled the lands and for decades the king has tried to recover from his past, but those dark times are always with him. Memories of the beast remain and the nightmares continue.

Long before the reign of Rizek a great army of light invaded the lands to the north. The army had powerful weapons and smashed all that stood in its way. The most powerful weapon of all was the great ARMOUR OF GODS.  This endowed those who wore it the weapon of the sun and the ability to fly. All but two of the great weapons were rumoured to have been destroyed but now whispers have it that Kalen the wizard  may have discovered the whereabouts of the armour.

If he manages to acquire the armour the reign of king Rizek will once more be under threat, a threat more dangerous than any before. With revenge in his heart and the future of his lands at stake the great king sets off on another adventure.

· Upgrade your player with weapons and armour

Art and concept by Trevor Storey

Music and SFX by Saul Cross

SOULLESS 2 - THE ARMOUR GODS is also available to buy as a COLLECTOR' S EDITION in a stunning full colour printed glossy box that contains the C64 game on 5.25" floppy disk with fantastic artwork by Trevor Storey. 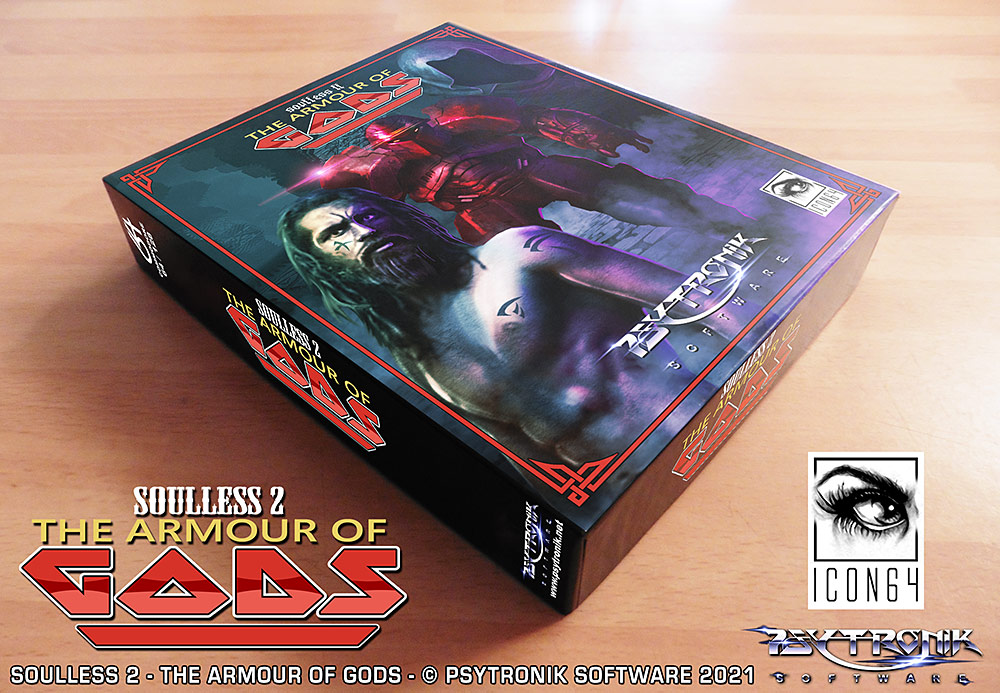 Soulless II - The Armour Of Gods is a game for the Commodore 64. You can play the game in a C64 emulator (we recommend VICE) or you can port the game onto real C64 hardware if you have the resources to do so. The download file features the .d64 (disk version) along with a hi-res map of the game.

In order to download this game you must purchase it at or above the minimum price of $5.99 USD. You will get access to the following files:

Some Antriad vibes visible there, but..

Pauls involved. Enuf said. Do some Game Jams for the new folks all.

This is a great game and technically an improvement over the first iteration. However, I do prefer the first game when it comes to gameplay.

Don't get me wrong, the armor suit controls fine and the platforming controls are superb. My main issue with this game is the difficulty curve.

The first stage was the most difficult in my experience, because you only start out with a maximum of 3 lives. However, this amount increases when you find secret rooms. These aren't very well hidden and I actually found 9 out of 10 secret area's on my first playthrough. So in the later stages, you can carry a lot of lives. It doesn't help either that the lives drop rate of enemies is high as well.

Those are my only two complaints. Everything else is very impressive and a must play for every C64 (Mini) owner.

Bought this thinking I'd get the se version of the 1st souless with it. But it just comes with the regular version. Bit gutted.

Sorry, the SE version of Soulless was produced primarily for backers of the Soulless 1 & 2 vinyl kickstarter. A digital version will be available at a later date. The original version is still a great game though! Nothing to be gutted about there ... !

Does anyone know if this works with an SD2IEC?

yes. Says so on this page.

Finished it with all Crowns Collected! Woohoo. Gameplay was great again, but i think that graphics and Musik where a bit better in Part 1.

Amazing game, I love it!
There's a little thing, I don't know if intentional or not: there il the top left crown in the third level (The TS GR SC) that is not always reachable. Am I missing something or is just random?

hello, i have purchased the Premium disk version.  Will I also get versions of Crt and soulless 1?  Should I buy the digital version again?

Hi! If you've bought a physical version you will have also been sent a download link to all the files in the digital download bundle. Check your spam folder if you can't find the email.

Yes, I have links, but I downloaded the earlier versions without Soulless 1 and the .crt version.

Now the links are refreshed and I have the complete set. Thank you.

On 9/1/21 I ordered 4 Premium Disk, until today I have not received the paid order. Does anyone even read jasonkenz@gmail.com?

Bought! It would be great a crt version.

From what I'm seeing on the demo GIFs, it's actually a power armor.

Personally, I think it would have been more impactful to not reveal this plot twist in the store page, but eh, minutiae. Game still looks awesome, and when I have cash to spare, I'll surely buy it.

EDIT: I have just realized what you were talking about, LOL. I should play Sacred Armor of Antiriad sometime.

It's kind of hard to hide it as it's on the packaging, load screen, title screen and the game is called "Armour Of Gods" - but hey ;)

I love it the another game of anti radiation armour. 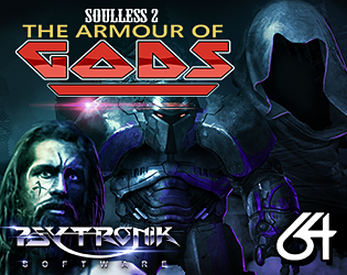 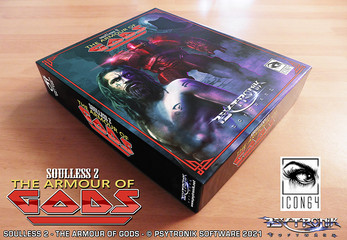 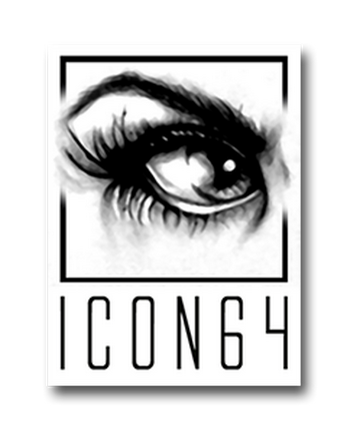